Are You Putting In The Work? 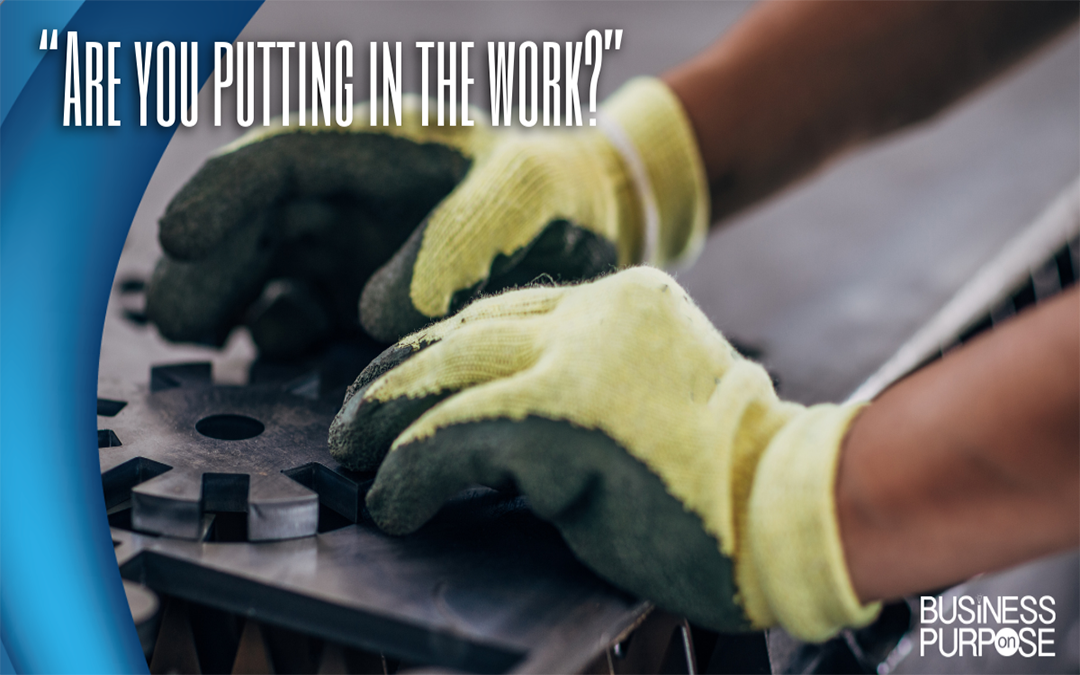 What separates the good businesses from the great ones? The ones that get by from the ones that excel. Well, let’s talk about that this morning…Happy Monday friends Thomas Joyner here with Business on Purpose.

My wife and I tested positive for Covid this week, so I’ve been ripping through some books. I’ve loved it as I’ve read a book for fun, one for education, one for growth in my faith and I can just kind of bounce back and forth between them.

Now, I married a girl from Kentucky, a state known for its bourbon and, naturally, I’ve grown to truly love tasting new bourbons and hearing the story behind them. This may sound overly introspective, but the families that produce bourbon spend their entire lives perfecting their bourbons and I can appreciate the work that goes into it.

A few weeks back a friend handed me this. Pappyland, a story of family, fine bourbon, and the things that last, by Wright Thompson. It’s masterfully written and incredible storytelling as the author walks through his own family’s history and weaves it in with the story of the most famous and hard to come by Bourbong in the world, Van Winkle Family Reserve, or Pappy.

It didn’t take long for me to start taking notes as the story truly affected me. In 1972, the bourbon business was in a nosedive. Profits were meager and the distillery that the Great Pappy Van Winkle built was sold by his son and cheap imitations were made under the same label. They began to use a new yeast to produce the bourbon and, while it technically worked, it lost some of its uniqueness and intricacies that made it truly the best.

The author said something that I initially passed by and then came back for a second read. He said, “More and more today, we don’t want to do the work or take the chances required for greatness, and we try to fix all those shortcuts on the back end with marketing and branding- modern, fancy words that mean lie.”

Whoa! Let’s unpack that a bit. What’s he really saying?

He’s saying that too often we won’t do the work it takes to truly be great, to truly solve the problems our world needs, or we settle for something that’s good enough.

That’s something we tell each client we work with. There’s no magic wand to wave that can magically fix your business. And if there was, we would probably charge a lot more for it!

It takes hard work. Day after day, week after week, month after month to build a great business. But here’s the amazing thing…what’s left over after the hard work is the thing that lasts. Think about it with home building. When we use quality supplies and a creative approach, we build a house that lasts, not one that falls apart within 15-20 years.

So, the question stands. Where are you taking shortcuts? Where are you using marketing and branding to try to maybe in a roundabout way, lie to the customer? It’s one of the things I love talking through with business owners when we write out their unique core values. When they say things like excellence or extra-mile customer service or we want to be the best…I make sure it’s not just lip service.

Because you can’t take a shortcut and accomplish things like that. There is no shortcut to get there!

Have you ever put out an ad and thought, “I don’t even believe that about our company, but maybe it will drive sales?” We can do better than that.

I’ll finish with this…during my quarantine, I’ll admit that I got sucked down some rabbit holes on youtube. I found myself watching an interview with Jeff Bezos the CEO of Amazon (and I know he stirs up mixed emotions, but hang with me here), but it was an interview with Jeff Bezos from 1999. The interviewer was asking him about the viability of a company based solely on the internet. Which sounds crazy to me 22 years later, that this was even a question!

But Bezos had some incredible answers. The one thing that struck me, was in 1999, in the midst of something that was a risk, something that had never been done before, Bezos said this about his company. “That’s what we’re about, if there’s one thing Amazon.com is about, it’s obsessive attention to the customer experience end to end.”

That’s not taking a shortcut. That’s innovation… obsessive attention to his work in a direction that invokes change.

Let me say that again…Where are you tempted to take a shortcut or not put in the work in your business, that’s robbing you of being able to be authentic with who you are to your customers.

That’s a heavy question, I know, but doing the hard work will be what separates you over the long haul and builds lasting relationships with all who do business with you.

Thanks so much for listening, take a few minutes while you’re here to follow us on youtube and subscribe to our podcast. I promise it’s worth your time.