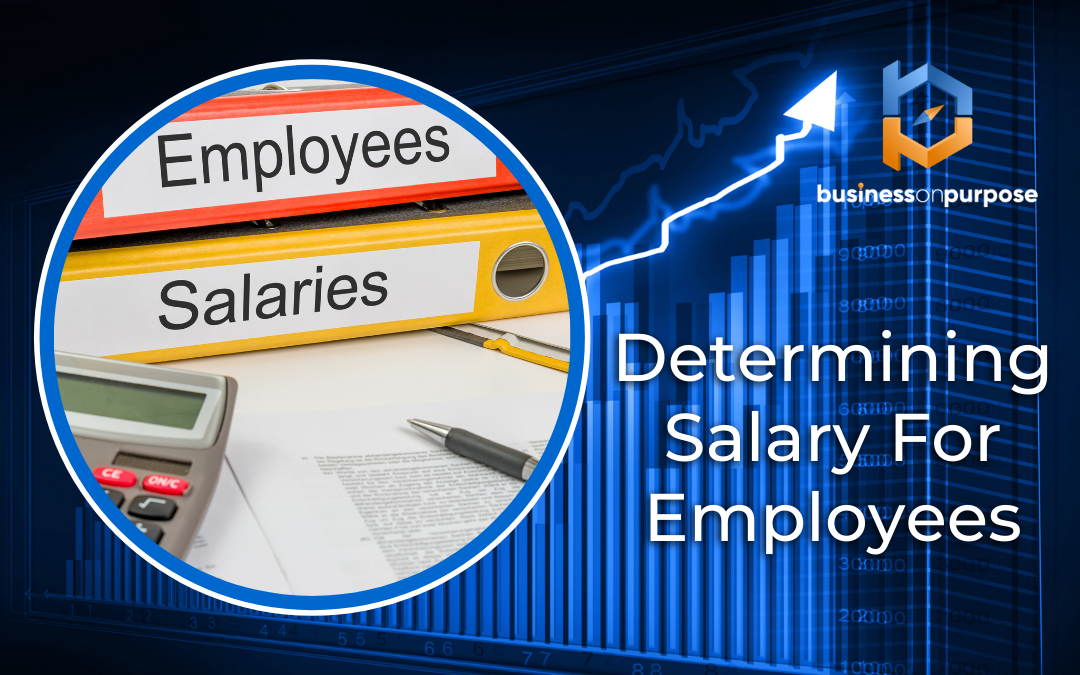 There is a movement sweeping across the southeastern United States in the form of a gas station.

Buc-Ee’s is a gas station posing as a department store, barbeque joint, beef jerky outlet, and taj-mahal-like restrooms.  If you’ve never been, it is certainly worth the stop.

A friend of mine recently walked in and saw a large yellow poster on multiple walls throughout Buc-Ee’s with their starting wages posted boldly along with the promise of 3 weeks of paid time off, a 401k option, and other perks.

For many in the contractor space, Buc-Ee’s is now a legitimate competitor to finding employees not so much due to their rates and wages, but instead because they have clarity around their pay.

In some cases, it is a good idea to share wages and benefits publicly, and other times it is a good idea to not share that data publicly.  Regardless, most businesses don’t have the clarity themselves internally regarding their compensation structure so that when it is time to bring in new employees, they are in a losing battle from the start.

Large companies are mocked often due to their structure and bureaucracy, but the structure does offer clarity.

Merging the clarity of structure with the local, family feel of a small business can be a powerful cocktail to find the right people for the right role all headed towards the right mission.

If you're looking for more resources to work ON your business, we have them.

First, you have to know your own numbers.

Recently we ran a test program among three Heating and Air (HVAC) businesses in the southeast United States.  All three came into our test program through a relationship we had developed with Mingledorff’s Inc. (a large HVAC supplier).

As we began coaching each of the businesses, we found that although each business was similar in size and scope, each of the three businesses had a very different handle on their finances.

Part of the Business On Purpose process is to create a subdivision of bank accounts, and a dashboard tracking process to follow real-time cash flow (different than a cash flow statement).  Once set, each business began tracking their flow of cash, cash on hand, receivables outstanding, and any upcoming payables among other metrics.

Within three months it was clear to see that one of the business owners had never fully followed their numbers and was on a collision course with a cash crunch and would eventually run out of money.

A second business owner realized what was happening with their cash, and also woke up to the reality that the “family business” was creating real tension and apprehension in decision making.  The owner had to make hard decisions so their business not only stopped the cash bleed but also started to generate legitimate profit.

The third business owners also realized what was happening with their cash, and within six months had increased their cash position by $400,000, up from less than $100,000.

More cash and specifically a higher baseline of cash means more options and flexibility in how to compensate team members.

If you know your numbers, then you can know your compensation.

Second, you have to know what additional revenue will be needed to cover any additional compensation.

One dollar of revenue does not offset one dollar of compensation.  You are running a for-profit company.

Many business owners take a mindset of break-even when they are laying out compensation packages assuming, “well if we can just generate an additional $65,000 in revenue for the $65,000 in annual compensation paid to that new employee, then we are good!”

A dollar of compensation should have an exponential return…three, four, five dollars in return.

How much new real revenue (total revenue minus cost of goods) will need to be generated to profitably and generously compensate for this role?

Third, you will have to articulate a clear job role.

What specific activities lead to the new revenue-generating success of this new role as aligned with the vision and mission that you have set out.

Too many new team members come into the fold and are unclear as to what they are being asked to do.

We are coaching most of our clients to have a fully scripted, four-week schedule laid out for their new team members.

Within this four-week script should lie many of the culture and skill learning that will be asked for in their job role.

If you do not have a role written down, then you can have confidence that you have not provided the clarity that is required.  Without that clarity, you will also have confusion around compensation.

Fourth, you will need to have your head on a swivel to see what the market is telling you.

Most businesses start with the market and then work backwards.  Looking at what the market is paying should be a later step after you have run through your due diligence internally.  Don’t let the market influence you until you have clarity on what role you are offering.

To find out what the market is paying, just ask!

Call other business owners’ friends in complementary businesses (contractors call contractors, etc.) and ask what they are seeing.

Your compensation offering should be clear knowing the base salary, all of the “extras” that the business will pay out because of this new role over and above the base salary (taxes, benefits, regular expenses, etc.).

You should also think through how to onboard this employee as a part of their compensation layout so they know not only how and when they will get paid, but also how they will be powerfully trained to live out the expectations of their role, and of the part they play in ensuring additional revenue is realized.

A gas station branded with a beaver mascot was willing to go through the hard work of determining employee salaries…will you?