The 5 Best Business Books Every Business Owner Must Read 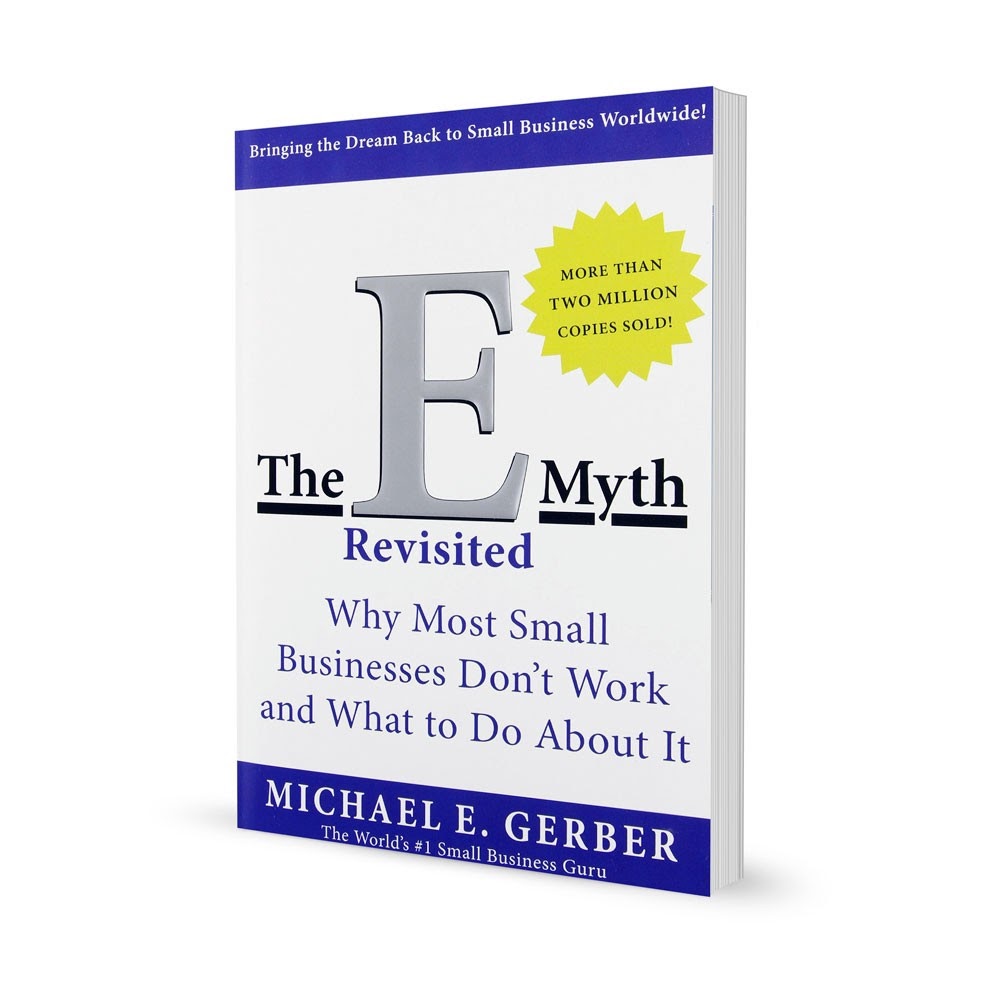 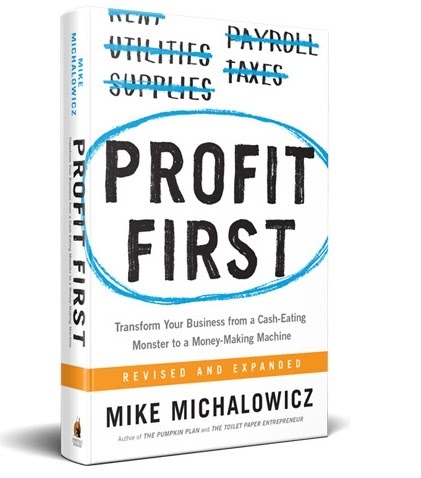 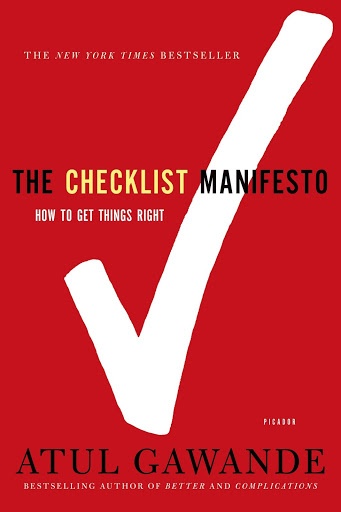 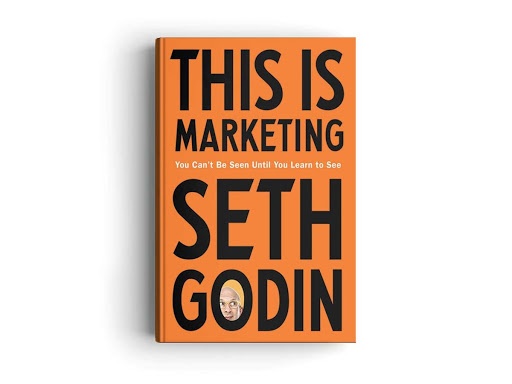 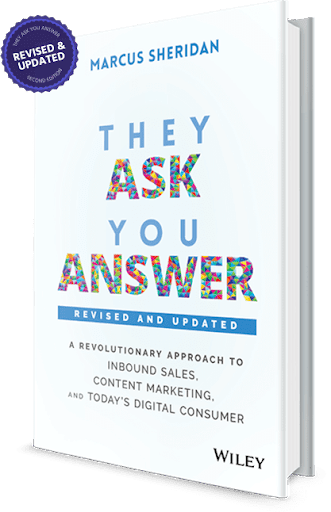 Although not a reader at all growing up, I share his insatiable passion to learn through the printed words of wise people from all over the world.

When we first started coaching many of our heroic business owner clients and asked them to read my book Let Your Business Burn: Stop Putting Out Fires, Discover Purpose, And Build A Business That Matters, most would laughingly ask, “does it have pictures?”

They are hooked primarily because they know the growth of their business, their teams, and their families are dependent on their learning.

Every human body is structured around 11 primary organ systems.  Likewise, every business on the planet consists of 4 primary systems: Administration, Operations, Marketing, and Sales.  We add a fifth “General” area of business that also gives an overview of the business as a whole.

We ask each of our heroic business owner clients to read through the following books as it relates to each system not as an exhaustive training for how each system should work, but more as insight into how to think through the processing and implementation of each system.

Here are five books that we actively read and suggest to heroic business owners and entrepreneurs on a regular basis.

(Note: we have no monetary affiliation with any of these books except Let Your Business Burn)

E-Myth Revisited: Why Most Small Businesses Don’t Work And What To Do About It

The absolute very first book we have business owners read is the sobering and all-to-close-to-home book E-Myth Revisited written by Michael Gerber.

Gerber thoughtfully writes about Sarah the pie shop owner and gives you a grueling look into the long hours and low profits of an everyday “entrepreneur” and the myths we buy into.

Gerber lays out three major roles of every business owner; the manager, the technician, and the entrepreneur.  Through the lens of Sarah’s pie shop we begin to feel an emotional connection to the entrepreneurial myth that we own a business, and instead realize that for many, the business owns us.

The value of E-Myth Revisited is not necessarily to walk you step by step through an action plan of resolving the Entrepreneurial-Myth, but instead leaves you staring at your business thinking, “Houston, we have a problem”.

E-Myth Revisited is the ultimate diagnostic book for business owners and entrepreneurs, it offers the sobriety and awareness we need so we can begin the hard work of pivoting to the true life of an entrepreneur; one where we own the business and the business ceases to own us.

The primary purpose for writing Let Your Business Burn: Stop Putting Out Fires, Discover Purpose, And Build A Business That Matters was to lay out a step by step roadmap solving the entrepreneurial problem that Gerber so masterfully made us aware of.

Profit First: Transform Your Business From A Cash-Eating Monster To A Money-Making Machine

When people drive by your business, or see your wrapped vehicle on the road, or come across your logos online, many have the same response, “wow, they must be CRUSHING IT!!!”

Reality tells us that more often than not, the owner is not crushing it, but instead is being crushed under the weight of a business that is less profitable, more in debt, and consuming more time than the heroic business owner had originally dreamed of.

Business owner notoriously “wing it” when it comes to their cash flow.  In Profit First: Transform Your Business From A Cash-Eating Monster To A Money-Making Machine, Mike Michalowicz brilliantly introduces us to an adage named Parkinson’s law.

British naval historian and author Cyril Northcote Parkinson explains that “work expands so as to fill the time available for its completion”.  Parkinson wrote this explanation in a 1955 edition of The Economist working to prove that bureaucracies unknowingly expand over time even if there may not be additional work requiring the expansion.  It just happens.

Michalowicz takes Parkinson’s law and thoughtfully overlays the idea onto the problem of cash flow within businesses, and in particular with business owners.

Essentially, if a business operates out of only one or two bank accounts those accounts are like swiss cheese.  Money tends to get spent without thought because the lump sum values in those one or two accounts are over-inflated.  Not every dollar in your one or two accounts is yours, some of it is for cost of goods sold, some for subcontractors, some for taxes, and most importantly, some must be for the business owners compensation, and for real cash profit.

Starting about three years ago we began moving each one of our business owner clients to this model of subdividing bank accounts and not one has regretted it.

In fact, because we track results, our clients have now collectively stashed millions away in their profit bank accounts during that time.

Here was a text I received just last week from one of our heroic business owners who generates less than $800,000 in a total revenue:

I even sent this book to my banker and now I just send our clients to South Atlantic Bank in Bluffton, SC and they help our heroic business owners get their bank accounts setup.

Read  Profit First, and if you really want to have some fun, listen to Mike read it on an audio-book…he’s hilarious.

Checklist Manifesto: How To Get Things Right
-Atul Gawande

Who would have thought that one of my favorite books would be a treatise on the impact of a checklist.

After highlighting a tragic plane crash in 1935 at Wright Airfield and Dayton, Ohio, Gawande goes on to reveal one of the most innovative tools of technology ever installed into aviation, and still in use today…

A simple, five point checklist was installed in 2001 at the prestigious and forward-thinking Johns Hopkins Hospital intensive care unit.  Over the next two years, Gawande demonstrates how that one simple checklist massively decreased infections and ultimately deaths.

How can a simple piece of paper, or spreadsheet do so much to save lives around the world?

In Checklist Manifesto: How To Get Things Right, Harvard trained surgeon Dr. Atul Gawande simplifies the complexity of preserving human life and reveals how simple checklists, when fully trained and implemented, can lead to predictable and life-transforming outcomes over and over.

Business owners are constantly frustrated with their days spent putting out the same old fires day after day and feeling like they are recreating the wheel every time they send that same email, answer that same question, deal with that same headache, and get frustrated by that same employee.

Gawande shares harrowing stories about a not-so-harrowing tool, the checklist, and it will change the way you and your team operates your business.

This Is Marketing: You Can’t Be Seen Until You Learn To See

Seth Godin is a wisdom-riddler.  Rarely have I heard Seth respond to a question in a way the recipient was hoping for.

I personally sent Seth an email over a decade ago (his email was on his blog, so I reached out) with a question about where I was at in my work at the time and his response was filled with wisdom and not at all what I was expecting.

This Is Marketing is not a step-by-step roadmap that you can install, instead it is a complete mindset shift around marketing.  It is refreshing, not loud, thoughtful, kind, generous, and pointed.

I hate marketing…as I know it.

I also sobered up reading This Is Marketing realizing that my perception of marketing has been set by the loud-speaking, interruption-cowboys and cowgirls from the 1950’s and 60’s trying to sell me detergent (i.e. soap operas).

This Is Marketing will re-train business owners and their key leaders on the joy of marketing, the gift of marketing, and the responsibility of marketing.  You will leave this book washed of the “10x Your Business Overnight” grime and feel the freshness of the wide-ocean of marketing opportunity in front of you.

This Is Marketing: You Can’t Be Seen Until You Learn To See

I could easily include Marcus Sheridan’s They Ask, You Answer as a marketing must-read book but also feel like it does a great job of connecting marketing to sales.

If marketing is the responsibility of serving and educating a crowd of people, then sales is the generous act of a long term journey with individual members of that crowd in an all out effort to see genuine life transformation through the implementation of your thoughtful product or service.

This is a wildly pragmatic, step-by-step playbook that is a great compliment to Godin’s This Is Marketing.

This Is Marketing will give you the “why” of marketing.

They Ask, You Answer will give you the “how” of marketing and then link it to the long term implementation of that relationship (i.e. sales).

Business owners (yes, including Business On Purpose) have thrown thousands and thousands of hard earned dollars down the toilet of outsourced marketing and sales hoping to drink from the elusive cup of paid advertising hoping to simply “insert one dollar, and magically receive two dollars in return”.

Marketing is not a hope, it is a system.

Sales is not a hope, it is a system.

Marcus Sheridan’s They Ask, You Answer is an overly generous playbook mapping out the marketing and sales system that harnesses the power of your most obvious commodity, product and industry knowledge, and converts that commodity into a rare and precious gift for the very people you most wish to serve.

This article is a direct result of They Ask, You Answer.

One other must-have resource for your sales system…

Although not a book, make sure to also research David Neagle’s “Compassionate Conversion”.  There is no simpler framework to walk future customers and clients through to determine whether or not they are a fit for your offering and vice versa.

The Compassionate Conversion lays out a series of questions to thoughtfully walk someone through as they are considering working with your business.  It is the most natural and considerate framework, and is easy to train your entire team with.

Books are wisdom forever caught on a page.  Culturally we are in real need of long-term, durable, substantive insight to our real-life problems.

Books allow us the margin to think and the agility to adventure and explore new territories so we can bring them back to our businesses and be liberated from business chaos.

Have A Conversation With Us
mt|email|